Should You Switch Doctors Once You Turn 65? – US News

ESTROGEN MAY SAVE YOUR LIFE

The latest scientific data reveal that hormone therapy is safe and effective for the majority of women and most women do not know this. In summary estrogen supplements will decrease the risk of osteoporosis, breast cancer, dementia, and heart disease in women with low estrogen levels. This means that most women entering or in menopause should be taking estrogen. Why this information is not available and the data explaining these facts will constitute the rest of this essay.

On July 9, 2002, the Journal of the American Medical Association [JAMA] published the initial results of a research study, the Women’s Health Initiative [WHI]. The initial results found that women taking the pill Prempro, had an increased risk of blood clots, breast cancer, heart attacks, and stroke. At that time millions of women were taking Prempro to relieve the symptoms of menopause. These data caused a drastic change in many lives and great emotional stress.

What is Prempro and why did this pill cause harm? Prempro is a combination of Premarin [estrogen] and Provera [synthetic progesterone-medroxyprogesterone acetate]. This Provera is a synthetic molecule and not the same as the progesterone found in humans. It was the only progesterone like drug available at the time the WHI was started. As new data was presented in 2004 it became clear that it was the Provera that caused harm and not the Premarin [estrogen]. In 2004 the WHI released new data that found a decreased risk of breast cancer and heart disease in women given Premarin [estrogen] alone –without Provera. Unfortunately the damage by the media had already been done and the idea that estrogen is harmful persists even today. This information has been simplified but is essentially correct. The rest of this essay will provide more details and more information on this complex topic.

Estrogens in females are predominantly produced by the ovaries and during pregnancy by the placenta. Other tissues produce a smaller amount of estrogens: liver, adrenal glands, breast tissues, and fat cells. Puberty marks the beginning of the effects of sex hormones on the tissues of the body. Estrogens in females are responsible for breast tissue, hair distribution, body shape and all traits considered feminine. The onset of puberty in females at approximately 12.5 years of age is marked by the onset of the menstrual cycle. The menstrual cycles last from 35 to 40 years. The two year time period before the end of menstruation when the menstrual cycles become irregular is called the perimenopause. Menapause is defined as one year after the last menstrual cycle. During perimenopause estrogen levels are irregular and eventually decrease. The decrease in estrogens is associated with symptoms: hot flashes, night sweats, anxiety, breast pain, decreased libido, hair loss, urine frequency, insomnia, mood swings, vaginal dryness, weight gain, and bloating. During this time less ovaries are present, less ovulation occurs and less progesterone is synthesized since the source of progesterone is from the ovaries. Lower progesterone levels increase anxiety. The uncomfortable symptoms that occur during perimenopause and menopause can be eliminated with hormone replacement therapy with estrogen [HRT]. In addition as mentioned earlier this decreases the risk of breast cancer, blood clots, stroke, and heart disease for most women.

Thus it is important t start estrogen replacement therapy as soon as symptoms of low estrogen levels appear during perimenopause. Blood tests measuring a decreasing serum estradiol levels [the main form of estrogen produced by the ovaries-E2] are helpful to determine the need for HRT. In addition a blood test measuring Follicle Stimulating Hormone [FSH] will show increasing levels since the pituitary gland will attempt to correct the low estradiol level by stimulating the ovaries to produce more estradiol with overproduction of FSH.

There are women who should not take Hormone Replacement Therapy – HRT. These are the women who have had or currently have medical problems that can be potentially accelerated by hormones including estrogens, progesterone, or testosterone. If a woman wishes to become pregnant and has low estrogen levels she will need a fertility specialist.

Most of these recommendations have not been tested in prospective studies and possibly never will be tested owing to the potential risks involved. The exception is ischemic stroke after which estrogen replacement therapy decreases the risk of stroke and death [Catherine M. Viscoli, Ph.D., Lawrence M. Brass, M.D., Walter N. Kernan, M.D., Philip M. Sarrel, M.D., Samy Suissa, Ph.D., and Ralph I. Horwitz, M.D.

Women fear breast cancer because it is a potentially life threatening disease and the treatment may alter her appearance and “femininity”. The main reasons women stop HRT is fear of side effects and fear of cancer [Int J Fertil Menopausal Stud. 1995;40 Suppl 1:23-32].

During early puberty estrogen increases the number of cells in the breast that will eventually produce milk. Later in puberty progesterone also stimulates these cells. Women’s breasts have more cells when more hormones are produced during her youth thus denser breast tissue. During menopause the breast tissue becomes less dence and smaller owing to the decrease in progesterone and estrogen. With HRT the breast responds with increased cell production and increased breast size and density.

Sex hormones in the blood-estrogen and testosterone – affect sexual behavior through receptors in the hypothalamus of the brain [B.S.McKewen et al; Behav Neurosci. 2012 Feb; 126(1): 4–16]. Many brain functions and behaviors are influenced by estrogens: fine motor control, motor coordination, pain, mood regulation, cognitive function, cardiovascular regulation, neuron-protection, and neurotransmission. Estrogens are needed for the brain to develop and function optimally. Dementia risk decreases by 26% in women who take HRT- estrogen during midlife [R A Whitmer et al; ANN NEUROL 2011;69:163–169]. Once again timing is important since women starting HRT-estrogen late in life have a 48% increased risk of dementia. Those women starting early and continuing late in life maintain their decreased risk of dementia. In addition memory improves with estrogen and correlates with an increasing size of the hippocampus-the memory area of the brain. Estrogen has two important actions in the brain: estrogen increases blood flow to the brain cells and protects the lining of the blood vessels from the inflammatory damage caused by cytokines. HRT-estrogen when started early prevents damage to the blood vessels of the brain and maintains this effect. If damage to the brain cells occurs it cannot be fixed with HRT-estrogen but further damage can be prevented. When estrogen blood levels drop or fluctuate during perimenopause and menopause, blood flow to the brain decreases and fluctuates causing the symptoms: hot flashes, night sweats, depression, mood changes, anger, and memory loss.

ESTROGEN AND YOUR BONES

A women’s growth is complete during her late teens and early twenties. At this time her bones are strongest since their bone density is at it’s peak. Bones are in a constant state of remodeling and require calcium and vitamin D to remain healthy. During bone remodeling, the bone cells called osteoblasts rebuild bones while the bone cells called osteoclasts break down the bones. Estrogen directly decreases osteoclast activity [T. Komeda et al; J Exp Med. 1997 Aug 18; 186(4): 489–495]. During perimenopause and menopause estrogen levels decrease and osteoclast activity increases with concomitant decrease in bone density. Decreasing bone density in time leads to an increased risk of bone fracture. The 2002 WHI study found that the women not on HRT had lower bone densities than the women on HRT. Those women who entered menopause before age 40 and who did not take HRT had a 20% increase in bone fractures. HRT-estrogen preserves bone density and prevents fracture.

Estrogen is essential to maintain an acid pH in the vagina and to promote good bacterial flora-lactobacillus. During perimenapause and menopause as estrogen levels decrease the pH of the vagina becomes less acidic and potentially harmful bacteria may increase-E.coli. In addition estrogen increases the blood flow to the vagina and bladder. When estrogen levels decrease the walls of the vagina thin and the muscles weaken. Likewise the bladder muscles and ligaments weaken as well. This results in an increase in vaginal and bladder infections, increased urine frequency, and urinary leakage. In addition these structures may have been weakened by pregnancy and childbirth. Estrogen is needed for skeletal muscle cells to grow and repair since estrogen promotes growth of muscle stem cells called “satellite “ cells [Y. Kitajima and Y. Ono; J Endocrinol. 2016 Jun;229(3):267-75].

Provera is not recommended-and bio-identical progesterone is favored. 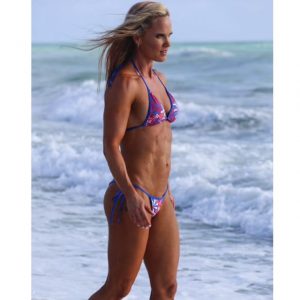